The Real Sound of Soul 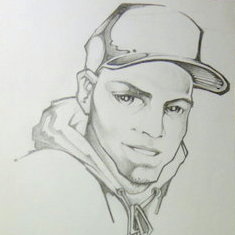 Dj Krazy has not received any gifts yet

The nickname came from the days of b-boys and b-girls.I always tried to cheer my friends up with a joke or two and one day one my inspirational friend (R.i.p.) Crazy-Eric said that you should have this nickname cause you are "Crazy".

From that day it was Dj Crazy-Cut and my love for music started a journey inwithin mixtapes where I put together scratches,effects and at that time brand new Hiphop.

Music That Made Diffrence

Without me knowing theese tapes where copied and spread from the streets to restaurants and studios who wanted to hear new hip sounds I had created myself a name.

Sons Of Soul would become the fruit from this era and our minialbum + two 12 inches "Madness" and "Another day is gone" gained respect worldwide especially in the UK.

Soulnights and R&B alongside my great friend DJ Rock-Ski where two nights where anything with funk and soul would appear alongside hiphop, reggae and other worldsounds. We where featured on MTV as a unique sound in Europe.

Conkreet Jungle was a creation that I was proud of til this day this is where you would find the Stockholms "ratpack" of people involved in soul,hiphop,ragga,dance and later jungle. We went like many cities in Europe thru hard times both racism-wise and fear for the music attracting "wrong" public. The outcome of this was loads of greedy situations and greedy people.

Jungle and drum and bass would become my sanctuary( with clubs Fastfood and Drum and Bass Jazz) for the past 20 years where I found myself enjoying playing the foundation of everything I done in the past.

The WAX ON WAX OFF show is my music I been collecting for more than 30 years. I love the lot so don´t be afraid if we travel from: Brazil,Cuba,Jamaica,USA and United Kingdom to your space.

My love for music is immense.

The Beginning Of The End part.1

The Beginning Of The End part.2

Wax On Wax Off tuesday´s

So whats on si meny for this coming tuesday...as always 3 choosen artist over one riddim (skank), mellow soul, rare grooves -FUNK- we got some brand new old grooves from Washington DC -> muhhaaa<- trust it will be -FUNKY- maybe a demo from a big star or a brand new track from a shining star...anythingi can happen U know...welcome fo real....Wax On Wax Off.

I knew this question was about to come, to be honest it´s weird that the the scene isn´t bigger. This first link covers the 1979 - 2005 and there more to follow...or is it?

From Mats Nileskärs P3-Soul that we all started to listen to since 1978 things are in my opinion very slow. Maybe cause we…

You need to be a member of Soul Radio UK to add comments!

How is everything with you, I picked interest on you after going
through your short profile and deemed it necessary to write you
immediately. I have something very vital to disclose to you, but I
found it difficult to express myself here, since it's a public
site.Could you please get back to me on:(sophiereyer50@yahoo.com) for
the full details.

Have a nice day

Hiya K, I have only just seen your birthday message, THANK YOU, and sorry for being soooo late :), Truly appreciate your well wishes ;)

Yes Yes DJ Krazy...welcome to the family bro. Bless for feeling da show. Looking forward to hitting one of yours on mixcloud...we'll keep linked bro. Bless up all urside - walk good. Peace Fox